Once dismissed as a “purveyor of dangerous inflammatory fiction,” Florence Marryat has suffered a reputation as a trashy and formulaic novelist, unworthy of critical attention.

Critics have consistently overlooked the radicalism of her work, which confronts themes such as marital violence, single motherhood, and female sexuality. By gathering evidence from across the range of her fiction, Catherine Pope establishes Marryat as an important feminist writer – one who consistently challenged prevailing ideas of femininity in both her life and her work.

With a life neatly spanning the Victorian period, Marryat (1833-99) was well placed to experience and to observe the ways in which women’s lives were transformed during the nineteenth century. At the time of her birth, a wife’s legal identity was entirely subsumed into that of her husband; by her death in 1899, women had benefitted from momentous changes that granted them a separate identity and greater rights over their bodies and personal property. As Pope argues, Marryat contributed to the debates that heralded these changes, partly through her ability to produce sensation novels at a prodigious rate, and also by pursuing a scandalous and thoroughly un-Victorian lifestyle.

Catherine Pope is a writer, publisher, and workshop facilitator. In 2014 she was awarded a PhD for her thesis on feminism in Florence Marryat’s fiction. Since then, Catherine has contributed chapters on Marryat to a number of edited collections, including For Better, For Worse: Marriage in Victorian Novels (Routledge, 2017) and British Women’s Writing from Brontë to Bloomsbury, 1840-1940 (Palgrave, 2018). 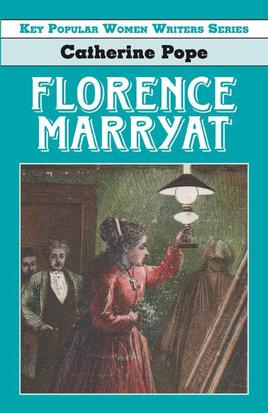