The Nature and Origins of Modernity

How did the modern dynamist economy of wealth and opportunity come about?

This major new analytical work emphasizes the often surprising, fundamental and continuing processes of innovation and transformation which has produced the world we live in now.

Today we live in a social and economic world that is fundamentally different from the one inhabited by our ancestors. The difference between the experience of people living today and that of all of our ancestors back to the advent of agriculture is as great as that between them and their hunter-gatherer forebears.

The processes of transformational changes could have started many times in history - but they first became sustained in North-West Europe about 240 years ago. The question of why this happened in that particular place and time is one that has exercised generations of scholars.  Thanks to that work we now have a much clearer idea of how and why the traditional world of our ancestors was so different from the modern world that we inhabit.

This book builds on that work and gives a new answer to the question of why and how things changed, showing that this unprecedented breakthrough was the result of the way a particular world-historical process worked out in Europe - largely because of contingent and accidental factors.

The book also considers the question of what kind of world it is that we now live in - and whether it can continue.

Introduction. / Chapter 1. The Way We Live Now – and the Way We Once Lived. / Ch. 2. Debates and Theories.  /Ch. 3. Song China and the Ming Restoration – A Case Study./  Ch. 4. The Military Revolution and the World it Made. / Ch. 5. The European Divergence. / Ch. 6. The Scientific Revolution and the Shaping of the Modern Mind. / Ch. 7. The Enlightenment and the Advent of Modernity. / Ch. 8. The World We Live in – For Now. / Afterword: Are We Still Living in Western Civilization?

An historian, he graduated from St Andrews University in Scotland in 1976 and gained his PhD from the same institution in 1984. He has authored several books, including Empiricism and History (Palgrave Macmillan, 2003) and was co-editor with Nigel Ashford of The Dictionary of Conservative and Libertarian Thought (Routledge, 1991). 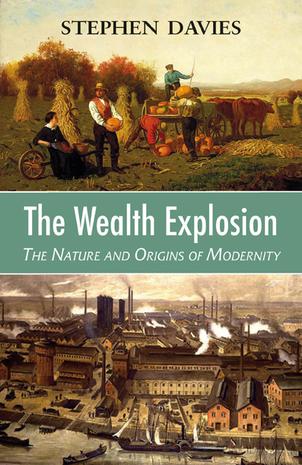