​Before the First World War, Lloyd George moved from being the leading Nonconformist Welsh Radical in to being a highly effective Radical minister, providing imaginative solutions to social welfare and free trade finance. His emergence as a key figure on the Left occurred as the Labour Party developed as a contender for mining and industrial seats. With the First World War Lloyd George built on his pre-war reputation as a minister who could successfully resolve industrial conflict. He was the key production minister at Munitions in 1915-16 and continued to resolve industrial disputes as Prime Minister.

Wrigley demonstrates that Lloyd George was moulded by Liberalism and, as a solicitor, admired business people even if he was a vehement critic of landowners. Highly sympathetic to poor people and unorganised labour, he was not trade union minded.

“Wrigley can rightly point to the surprising historiographical neglect of Lloyd George’s relationship with the Labour movement. His book does much to repair this omission…{The pre-war chapters} offer an interpretation of Lloyd George’s career as a pragmatic radical which confirms that he was supremely an executive politician; he was the man who got things done.“ - Peter Clarke, History.

"For Lloyd George’s relations with Labour, David Lloyd George and the British Labour Movement by Chris Wrigley is the authoritative work.” – John Grigg. 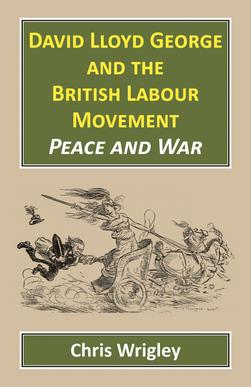