A Social and Economic History of Horse Racing.

“the only book about racing which I wished I’d done”, J.A. Allen, The Pacemaker.

The classic on the history of British horse racing - by the leading historian of sports history.

It provides a detailed and far-ranging social and economic analysis of the major changes in British flat racing, in particular in the period between 1830 and 1939.

The Turf was the first significant social and economic history of British flat racing. It traces the development of the race meeting from one in which anyone could attend free of charge to the dominance of the enclosed course which demanded payment from almost all spectators.

It emphasises the sometimes symbiotic, sometimes parasitic relationship between the sport and gambling looking at the changes in the legal position of betting, the development of bookmaking, and the introduction of the totalisator.

En route it examines the work and lifestyles of jockeys, trainers, owners, and breeders; corruption and crowd behaviour; and the power structure within the sport. Particular attention is given to the role of the railways which reinforced racing as a national sport, the American invasion in the early twentieth century which brought performance enhancing drugs for horses and a new riding style for jockeys, and the growth in the control that the Jockey Club exerted over the sport.

The new issue includes a guide to the research that has taken place since the original publication.

“a serious piece of research but never dull”, Sunday Times.

“the only book about racing which I wished I’d done”, J.A. Allen, The Pacemaker. 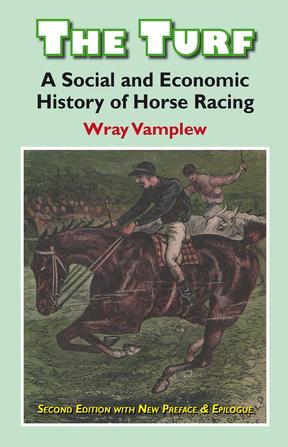