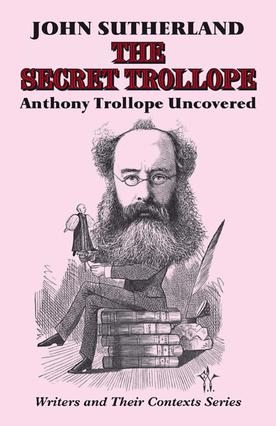 The first book in the new series, ‘Writers and their Contexts’, to be published by EER.

Who is more open with posterity than Anthony Trollope? What other Victorian novelist of eminence exposed himself more frankly than the Chronicler of Barsetshire? We have the evidence of Trollope’s own aggressively truth-telling Autobiography to assure us on that score.

However, on a decades long immersion in Trollope texts and Trollopian scholarship, John Sutherland has his doubts ... as laid out in this entertaining volume.