Studies in Literature and Culture series, no. 4 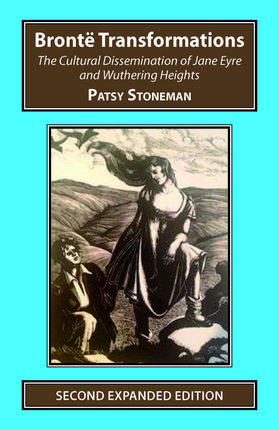 The Cultural Dissemination of Jane Eyre and Wuthering Heights.

This landmark book – entirely unobtainable for several years - is the single essential study of how the best-known Brontë novels – Jane Eyre and Wuthering Heights - achieved their world-wide fame.

It offers a fascinating account of how the novels have passed into the general culture through a wide variety of media – on the stage, in film and television, in books, illustrations, comic books and paintings, operas, ballets and musical versions, parodies and allusions, as well as later ‘re-workings’ of the original plots.

No other book provides such a thorough record of the processes by which the novels have been transmitted and transformed.

Now regarded as a seminal work in the field of adaptation studies, this exhaustive study offers analysis of the various texts in terms of their historical and generic construction, aiming to relate the form of each derivative to its ideological function.

Its methodology is eclectic, mixing traditional literary criticism with feminist, psychoanalytic and deconstructive techniques to create a work which is both entertaining and scholarly.

The book includes a uniquely detailed listing of Brontë derivatives as well as a general bibliography, and is enhanced by black and white illustrations.

Dr. Patsy Stoneman is an Emeritus Reader in English at the University of Hull, where she taught for most of her career. She has published widely on Brontë topics and is Vice President of the Brontë Society.

“With her combination of formidable scholarship and creative lateral thinking, Stoneman provided a blueprint for twentieth-first century cultural and literary studies… Stoneman’s approach is flexible and undogmatic…this new edition is unreservedly recommended. … Amid the glittering carnival of postmodern cultural and literary studies, Stoneman’s voice still stands out... a hugely knowledgeable, receptive and reasonable guide to the standing of these two great novels.” - Brontë Studies (2018).

“[This book] is original, well-conceived and topical…[and] provides a fresh and informative way of examining these two novels. It is theoretically alert, well-written and well-sustained…[and] will be read both by scholars and undergraduates…working in both literary criticism and cultural or communication studies.” – Professor Rick Rylance [now Director, Institute of English Studies, University of London].

“Patsy Stoneman is uniquely qualified to fulfil the task she has set herself…Throughout…she shows herself capable of subjecting this vast wealth of material to forensic analysis. At the same time she writes…with humour and sensitivity so that her work may well appeal both to a sophisticated academic reader and to an informed general reader.” – Professor Stevie Davies [now Professor of Creative Writing, Swansea University].

Many  years after its first publication this book is much acclaimed by contemporary scholars as: