We have recently published revised and substantially expanded editions of the first two volumes of Professor William D. Rubinstein’s internationally-acclaimed, standard works of research and reference on Who Were the Rich?

Two further entirely new and much expanded landmark volumes will be issued in 2019. Others will then follow shortly. These will bring the project up to date for all entries up to 1914.

The works comprise a unique and original work which provides comprehensive biographical information on all 884 persons who left personal estates of £100,000 or more in Britain from 1809 to 1914, when these sources begin in a usable form. £100,000 is the equivalent of about £10 million today.

Professor Rubinstein is the leading academic expert on wealth-holding in Britain over the past two centuries.

For every person included, accurate information is given about his or her occupation or source of wealth, parentage and family background, education, marriage, children, and heirs, religion, political involvement, and land ownership.

Virtually none of this information has ever been compiled before, and this work provides a unique, accurate, and realistic portrait of the wealthy elite in Britain during and just after the Napoleonic Wars.

The picture which emerges is a surprisingly conservative one, with wealth centred not in the new industries of the Industrial Revolution, but in London, especially in the City of London, as well as in the landed aristocracy, in fortunes made in the east and west Indies, and riches derived from "Old Corruption," by government employees and placemen. The Introduction to this work provides useful summaries of the main trends.

This is a completely updated and expanded work. Every entry has been completely revised. Entries are approximately twice as long as in the first edition, reflecting the plethora of sources which have become readily available since then.

This is a completely updated and expanded work. Every entry has been completely revised reflecting the plethora of sources which have become readily available.

This is a completely updated, and expanded work. Every entry has been completely revised.  To be published March 2019.

This is a completely updated, and expanded work. Every entry has been completely revised.

This is a completely updated, and expanded work. Every entry has been completely revised.

William D. Rubinstein is one of the leading economic and social historians of this generation. He was Professor of History at the University of Aberystwyth between 1995 and 2011, and is now an adjunct professor at Monash University in Melbourne, Australia. He was previously Professor of Social and Economic History at Deakin University in Victoria, Australia. He is a Fellow of the Australian Academy of the Humanities, of the Australian Academy of the Social Sciences, and of the Royal Historical Society.

“This second edition adds significantly to the unique material accumulated in Rubinstein's pioneering prosopographical work and gives all those interested in British society of the early 19th century an important new resource.

“The series as a whole will provide a unique resource to academic scholars, family historians and local specialists based on Rubinstein's painstaking work of the past 30 years.” - Dr. Nicholas Draper, Legacies of British Slave-ownership, University College, London.

"Within the pages of this volume are the fruits of a lifetime’s career. Bill Rubinstein has assembled a wealth of fascinating detail on the rich folk of early nineteenth-century Britain, offering unique and important insights into the social, economic and political world of the elite. Here lie the raw materials for writing new histories of a nation in transition, where we can begin to track changing sources of wealth and prosperity, shifting social structures and the familial networks of power and influence. In bringing together disparate fragments of biographical information, this ‘who’s who’ of early nineteenth-century Britain surpasses any on-line search engine and deserves a place on the bookshelves of libraries and scholars alike. - Professor Alastair Owens, Queen Mary University of London. 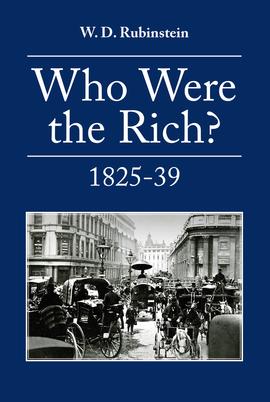 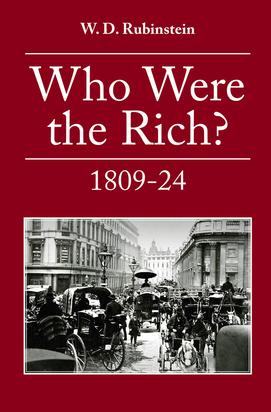 Who Were the Rich?

​“The series as a whole will provide a unique resource ...” - Dr. Nicholas Draper 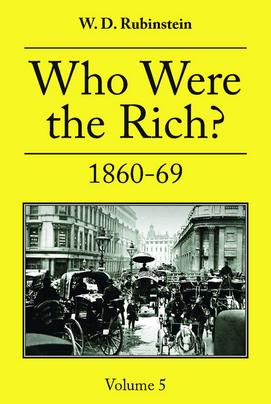 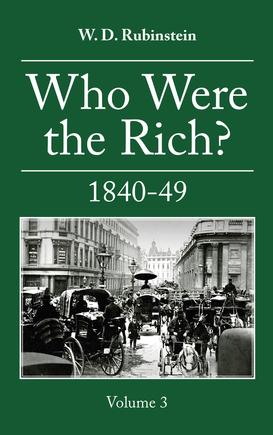 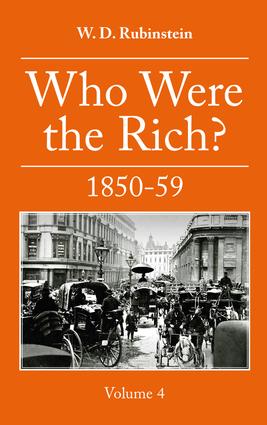