​The great man's career was riddled with contradictions. This new book highlights these, and shows the difficulties he experienced as well as his ultimate successes.

Countless books have been written on Sir Winston Churchill. But little or nothing has been said about the many contradictory and anomalous positions Churchill took throughout his career. Some of these stances were the opposite of what someone from his elite background and political viewpoints might have been expected to take. They often had surprising results.

This work examines the most important of these contradictory positions - his extreme stances on Bolshevism and Nazism; on the Jews and Zionism; on the British Empire; and on the critically important Anglo-American alliance and the role of the United States.

On most of these issues, Churchill was in a minority in his party – which he changed more than once - and in a highly visible way which threatened his political career. He held his changing opinions resolutely and eloquently - with courage, conviction, and independence. Most notably, he saved British democracy and the freedom of other nations from the terrors of Nazism in winning the Second World War. Yet his career was no easy ride, and the contradictions in his life tell us much.

This is an important new work on Britain's 'man of the century'.

Churchill: The Contradictions of Greatness 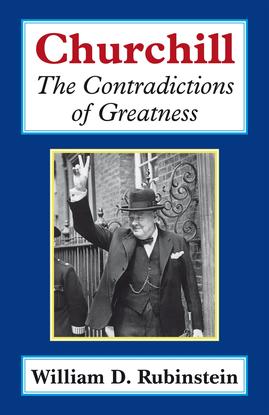