Land of Promise
The Memoirs of An Edwardian North London Boy

This is the first volume of five of the personal memoirs of a most remarkable man: Alfred John Root (13 September, 1913 – 3 December 2003).  He led an extraordinary life. He went blind from measles aged 18 months and into his adulthood until having a prism inserted into one eye which gave him partial sight only. But, astonishingly, he created and ran businesses, and made his own way by drive, talent, optimism, and some hard-earned luck.

We need to remind ourselves constantly that he could barely see, could barely read, and had great difficulty writing. He lived in a predominantly written culture, but he could not complete forms, write letters, or read notices, struggling to read. Yet he educated himself, founded successful businesses, served in the Army in the second world war, and took part in many other activities.

Alfred Root was the fourth child of Edward [‘Eddie’] Everett Root (7 February 1881-19 July 1915) and Kate Root [neé Warren, 20 May 1888 - 10 October 1973].  His father was born in the Hoxton workhouse where his grandmother and two of her 14 children had died of the common diseases of poverty and hunger. Edward Everett Root was blown to pieces at Hooge near Ypres in July 1915, having volunteered at the start of the Great War.  He had been a council dustman in Hackney.

Despite a grim heritage of destitution and crushing poverty Alfred Root achieved new freedoms, more personal autonomy, and successes through personal effort and self-responsibility. A key was effort and opportunity in living through modern times of extraordinary cultural and economic transitions, The most striking thing in the memoirs is how spirited a man Alfred Root was. He was never got down by his disadvantages. He gave of himself to others, and he was proud of the family too although modest himself.

These memoirs prismatically detail the realities of actual lived experiences. They offer both a psychological and an historical narrative about what events meant to him and to others. He has much about the interior of lives and the inner working of working-class family life as he knew this, and which is uncommonly recorded. A key lense is the family as a lived reality not as a historical statistic.

This book offers much on the history and experience of the life of the family in such once obscure East and North London quarters: Hoxton [“everywhere toil in its most degraded forms” – George Gissing, The Nether World], Shoreditch, Hackney, Islington, Clapton, Bethnal Green, Stoke Newington - and later in Harringay and Tottenham. It documents life in particular streets and highly-populated districts (focused on the social worlds as well as the mental and physical borders of a new urban society).

Contents: List of 24 illustrations. Introduction and Memoir, by John Spiers. The memoirs:  1.   Saturday’s child: beginnings in Shipway Terrace, Stoke Newington. 2.   The four of us as children. 3.   The mystery of my Father. 4.   The further mystery of my Grandmother, Edith. 5.   How my Father volunteered at the start of The Great War, and was ‘blown to pieces’. 6.   The aftermath of The Great War. 7.   Dad's last letter home from the front. 8.   I go blind because of the measles. And go away to school. 9.   How Mum survived the peace.   10. My brother and sisters. 11. How we lived in Shipway Terrace, Stoke Newington 12. My Mother’s Brothers: The Warrens. Coster-mongers, market people, horse-dealers, and gypsies? 13. Uncle Jim, street-sweeper extraordinaire. 14. Vivid childhood memories: The Zeppelin raid; the firebell; ice-cream at the Southend Kursaal. 15. The Jewish East End. Russians, Poles, Germans, Chinese, and Irish too. 16. My railway journey to the second blind school, at Gorleston, Norfolk. 17. I do well in English. Reward: my first ride in a car. The bull-nosed open Morris tourer. 18. LCC pioneers! How we move to Dagenham (and back). 19. I can see! How I get my sight back. Appendix 1. The origins of ‘Land of ‘Promise’. Appendix 2. The Workhouse. Appendix 3. Kate Root keeps a roof over their heads and food on the table. Acknowledgements. Name index. Place index. General index to Volume 1.

“Like the best novels these memoirs are compassionate and stark, optimistic and melancholy, playful and reflective, emotional and direct, contingent and tangential, and always compelling. They are both lyrical and harrowing, introducing many of the tensions, dilemmas, and contradictions of recent society.

“We can uniquely and greatly benefit from such memories to understand how ‘ordinary’ people - and especially women - managed in practical terms, both financially and psychologically. We see here (and intimately) the ‘interior workings’ of ‘ordinary’ and usually obscure working-class family life, and over several generations.

“We see and hear the impact of the dark and the light: of economics and politics, of earnings and their losses, of births and deaths, of illness, employment and unemployment, of misfortunes, luck, and personal effort. We see many stories about parents and grandparents, children, work and earnings, successes and sicknesses, births and deaths. It is an impressive account of humane achievements.” – Professor John Spiers.​ 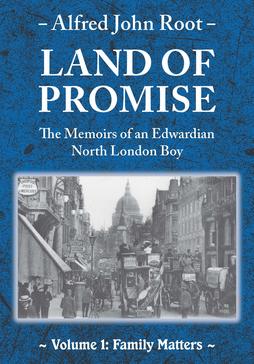 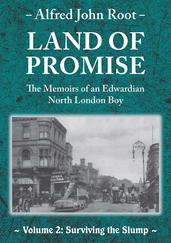 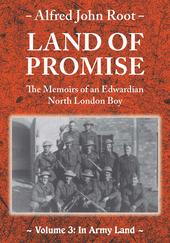