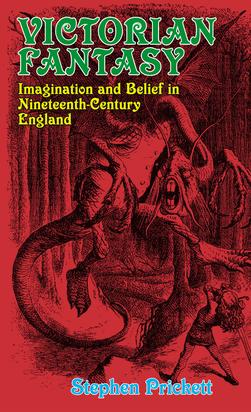 Victorian fantasy is an art form that flourished in opposition to the repressive social and intellectual conditions of ‘Victorianism’.

Stephen Prickett traces the development of their art form, their influence on each other, and how these writers used fantasy to question the ideology of Victorian culture and society.

Stephen Prickett is Regius Professor Emeritus of English at the University of Glasgow, and an Honorary Professor of the University of Kent, at Canterbury. From 2003-8 he was Director of the Armstrong Browning Library at Baylor University, Waco, Texas. From 1967 to 1982 he taught at the University of Sussex, before moving to the Chair of English at the Australian National University in Canberra (1983-89). He is President of the George MacDonald Society His publications include one novel, nine monographs, seven edited volumes, and over ninety articles on Romanticism, Victorian Studies and related topics, especially on literature and theology.

“This book remains the most authoritative study of the literary counterculture of Victorian literature. Prickett convincingly connects writers from Walpole to Kipling and Nesbit to a tradition that see fantasy as a matter of utmost importance to the spirit and to reality.” – Patrick McGillis, Professor of English, University of Calgary.

“Victorian Fantasy is one of the few critical works which has lasted, deservedly …the new work is provided here, in particular on the still neglected genius of George MacDonald, confirms Victorian Fantasy – both book and subject – as serious exploration and powerful experiment.” – Philip Davis, University of Liverpool, author of The Victorians in the New Oxford English Literary History.

​Studies in Literature and Culture series no. 1