​​ ‘A Girl Revolutionist’ and ‘Marjory Maurice’

Hannah Lynch (Dublin 1859 – Paris 1904), restless wanderer, cosmopolitan, cultural observer and commentator, was the author of feminist fiction, travel writing and journalism. Her  short story for girls, ‘A Girl Revolutionist’ (1899) and serialised novella, ‘Marjory Maurice’ (1884-85), were based on her own experiences as an active member of the Ladies’ Land League (1881-1882).  ‘A Girl Revolutionist’ (1899), published in Alice Corkran’s nineteenth-century girls’ magazine, Girl’s Realm, traces the ideals of young Moya O’Connell who ‘dreamed of freeing Ireland’ that end in disillusionment. 'Marjory Maurice' was serialised between 1884 and1885 in the nationalist ‘story paper’, the Shamrock. The Ladies’ Land League activists portrayed in this narrative are not only New Women avant la lettre, but also canny and knowledgeable readers of the periodical and newspaper press in ways that anticipate the suffragette movement and their savvy manipulation of the press to further their own ends.

The stories in this volume will be a vital resource for readers and scholars interested in Hannah Lynch, (Irish) New Girl and New Woman fiction, the Ladies’ Land League, literary representations of the land wars, nineteenth century periodical and newspaper culture and history. Reprinted here for the first time and fully annotated, the edition also includes a comprehensive introduction, bibliography and appendices of material relevant to the works’ social, political and publishing contexts.  Together these short fictions offer vivid insights into the shaping of rebel feminist and nationalist identities in the closing decades of the nineteenth century. 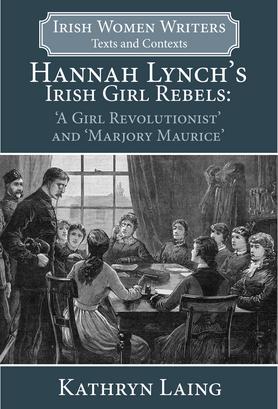