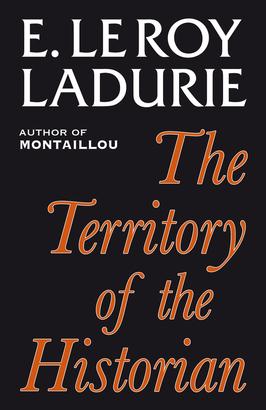 Professor Le Roy Ladurie is the leading exponent of the ‘new’ history of the French school. His achievement has set an example to historians in all other countries. As the diverse studies in this volume show, he has particularly revolutionised the study of population change, offering new techniques and posing new questions.  In mapping new territory he insists upon measurement together with insight into social and psychological issues. These he studies in his unique style. He urges that demography is a fundamental determinant of economic change. He calls this the source of ‘the immense, slow-moving fluctuations’ and the huge cycles of rising and falling pressures on supply.  ‘History that is not quantitative cannot claim to be scientific,’ says Ladurie.

Emmanuel  Le Roy Ladurie is a French historian whose work is mainly focused upon Languedoc in the Ancien Régime, particularly the history of the peasantry. His landmark book Montaillou - which was published in 1975 to wide acclaim - had a huge impact on historical studies and remains a classic.

“This collection illuminates the work of a truly remarkable scholar….singularly enjoyable and intellectually stimulating.” – IAIN STEVENSON. Journal of historical Geography.

“No one has secured such international eminence nor has enjoyed such wide popular appeal… His particular virtuosity centres upon his readability, his superb imaginative talents and an uncanny knack of being to the fore of changing historical fashion. Sex, violence, religiosity, village sociability, climatic change, famine, sterility, literacy, death are but a few of the subjects he has explored in a dazzling career and which are reflected in this book.” – OLWEN HUFTON, The Times Higher Education Supplement.

The Territory of the Historian

​Translated from the French by Ben and Siân Reynolds.

Classics in Social and Economic History, no.21.