Ceylan Kosker received her PhD in English Literature from Aberystwyth University in 2017. After completing her studies, she moved to Turkey, where she held a teaching fellow position at Bilkent University for two years. She is an assistant professor at Istanbul MEF university since September 2019. Her main area of expertise is nineteenth-century women's writing, with a particular emphasis on the liminal nature of female literary identity within the cultural and economic milieu of this period.

"The recovery of fin de siècle women authors continues to challenge our assumptions, and this study of Violet Fane contributes to that project. Raising nuanced questions about the contextual or contingent nature of political engagement for an upper class woman, Köşker meticulously positions her subject at the intersection of class, gender, politics and aestheticism." - Professor Carolyn Oulton, Professor of Victorian Literature and Director, International Centre for Victorian Women Writers, Christy Church University, Canterbury.
​

Writers and Their Contexts series No. 9 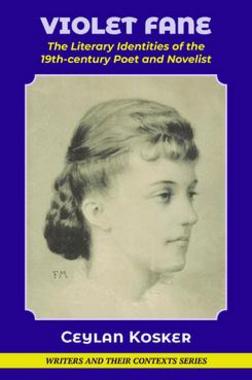 ​The Literary Identities of the 19th-century Poet and Novelist