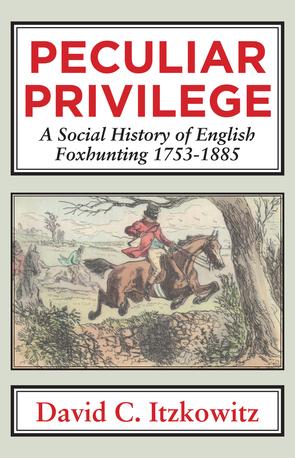 With a new Preface by the author

The best introduction to the social history of fox-hunting as the chief leisure activity of the English aristocracy, and of a central social institution and symbol of traditional pre-industrial society.

This landmark book provides a clear understanding of the ways in which landed society functioned, and of the assumptions that governed it. The work emphasizes the strength of older pre-industrial assumptions and relationships, as it moves through the railway age, concluding with the Great Depression of Agriculture when hunting changed irrevocably.

In the years between the mid-18th century and the British agricultural depression of the 1880s fox-hunting assumed a key cultural role. It was transformed from the private, informal recreation of a few country squires to a highly organised, extremely influential public institution.

It never ceased to be viewed as a sport – paradoxically, both of the aristocracy and of the people – and it took on a significance out of all proportion to its role as a mere sport.  Hunting and the chase became, in the influential words both of hunting and non-hunting people, a full, legitimate feature of rural society, one which could affect the lives of everyone in the society.

"[this] study has a tautness, a detail, and a sense of immediacy which his competitors cannot rival." David Cannadine, Social History.