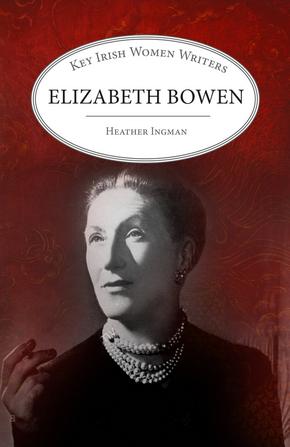 This study provides a concise, up to date critical account of Elizabeth Bowen’s work, setting it in the turbulent historical, political and social contexts in which she lived and wrote.

Heather Ingman discusses Bowen’s ten novels as well as her numerous short stories, her essays, reviews, interviews and broadcasts in order to give readers an idea of the range and diversity of her work. Bowen is recognised as one of the foremost short story writers of the twentieth century.

Recent scholarship has reshaped the way we view Bowen - taking her out of the previously confining categories of Big House novelist, middlebrow woman’s novelist, heir to Bloomsbury etc., in order to portray the sheer diversity and unnerving perspicacity of her work.

The focus of this study is on her Irish background as a guiding thread through interpretation of her work. It draws on recent research and linking these to the complexities of her Anglo-Irish identity. Feminist theories of female identity, writing and motherhood also feature.

The consolidation of Bowen’s reputation as one of the greatest writers of the twentieth century has been achieved by scholars working in different fields and employing a variety of theoretical models. This study aims to capture the diversity of possible approaches to reading Bowen while also highlighting current gaps in our knowledge. Though the richness and complexity of Bowen’s fiction make impossible any single ideological reading of her work, the Irish resonances in her work are pursued throughout the chapters.

Elizabeth Bowen is now recognised as one of the foremost writers of fiction of the twentieth century, but that has not always been the case. Following on her 1980s and 1990s recuperation by scholars in the fields of Irish Studies and feminist theory, a considerable number of monographs, chapters and articles analysing her work from a variety of theoretical and political viewpoints has appeared. The time is now ripe for an accessible, up to date critical guide through these differing readings, taking into account recently published volumes of her essays, reviews, broadcasts, interviews and correspondence. As well as appealing to the general reader and featuring on school syllabuses, Bowen’s work is widely taught in Irish, American and English universities in a number of different contexts, including Irish writing, Big House fiction, modernism, women’s writing, war writing and postmodernism, so the study will meet the wants of a large readership.

Heather Ingman is Visiting Research Fellow in the Centre for Gender and Women’s Studies, Trinity College, the University of Dublin and was, until her retirement, Adjunct Professor in the School of English, TCD where she taught courses on Irish writing and modernist women’s fiction. Her most recent publications include Strangers to Themselves: Ageing in Irish Writing (Palgrave 2018), Irish Women’s Fiction from Edgeworth to Enright (Irish Academic Press, 2013), A History of the Irish Short Story (Cambridge University Press, 2009), and Twentieth-Century Fiction by Irish Women: Nation and Gender (Ashgate, 2007). She is co-editor, with Clíona Ó Gallchoir, of A History of Modern Irish Women’s Literature (Cambridge University Press, 2018).