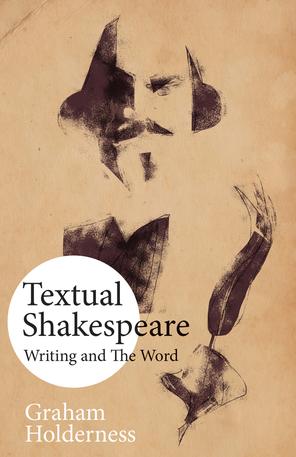 Textual Shakespeare: Writing and the Word

In this expanded and much revised new edition Professor Holderness reassesses the Bard as a writer in the light of the most recent "revolution" in bibliography and textual studies. This has shifted much opinion about the playwright, how he worked, and with whom he collaborated. Yet there remain many unsolved riddles.

This is a book about unresolved (and unresolvable?) questions about Shakespeare, and about writing, creativity and its study.

Professor Holderness reviews the current debates in textual theory and practice. He concludes that "Shakespeare" is not a writer but a collection of documents, none of which can with any certainty be linked to whatever it was the author wanted to say. He goes beyond both traditional and "materialist" bibliography to show that texts are both physical media, made and remade by a series of craftspeople; and rich repositories of changeable meaning.

According to modern literary studies all texts are copies, always already changed, and there are no "originals". Editors are translators; and scholars and critics rewrite the writing they study.  The book advocates a recovery of ancient concepts such as creativity and imagination, together with a recognition of the technical and essentially collaborative nature of all writing. Shakespeare is then situated within this theoretical context, via a brief history of the plays' textual reproduction.

A series of chapters on individual plays provides illustrative examples of such textual activities in practice. The book concludes that all Shakespeare scholarship, editing and criticism are devoted to a quest for something missing: not the lost manuscript (which even if recovered would not in any case answer all our questions), but rather the absence that writing always invokes.

Chapter Seven: Now you see me, now you don’t: Hamlet.

In addition to his fascinating study of 'Smithfield Stories' Meat, Murder, Malfeasance, Medicine and Martyrdom  (forthcoming 2019) EER will also publish his other new study, Samurai Shakespeare, and a new edition of The Prince of Denmark in Spring 2020.

"Graham Holderness brilliantly explores the inevitable desire for, and the necessary frustration in finding, the Shakespearean original that lies behind the printed texts of his plays. In this unusually alert, sophisticated and lively book, Holderness shows us how the printed plays reflect the complexity of their production, and in the process, he reminds us that writing itself is a central way in which we try to make sense of our world."  - Professor David Scott Kastan, Columbia University, Joint General Editor, Arden Shakespeare.