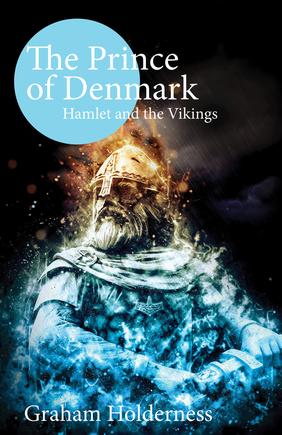 The Prince of Denmark
Hamlet and the Vikings

This newly revised fictional re-writing of the Hamlet story is set in a time somewhere between the Scandinavian Dark Ages - out of which the original tale of Hamlet came - and the Renaissance society of Shakespeare's play.

Graham Holderness’s novel provides both a prequel and a sequel to Shakespeare’s Hamlet: beginning with the great duel fought between his father King Amled and Fortinbras' father Prince Fortenbrasse; and continuing after Hamlet’s death to tell both his story, and that of his invented son.

In the light of this re-imagined history, the conflicts and alliances between ancient Viking chivalry, Renaissance realpolitik and Christian forgiveness are dramatically explored.

“…a deeply imaginative novel in which the Old English Wanderer rubs shoulders with warriors from Tolkien in a landscape of mountainous sea-cliffs and deep ravines.” – Professor Martin Dodsworth, Royal Holloway College, University of London.

“An imaginative, impressively reckless attempt to return Hamlet to the Scandinavian matrix from which he was torn some four centuries ago.” – Stephen Greenblatt, Cogan University Professor, Harvard University.

“Shakespearean scholar Graham Holderness imagines an 11th-century Scandinavia after Hamlet's death though, by cutting back and forth in time, he suggests a few twists in the tortured prince's life in The Prince of Denmark. Ofelia (as her name is spelled here), for instance, is rescued from the river in time to give birth to Hamlet's son before expiring; Hamlet's foil Fortinbras assumes a much more devious aspect; and Horatio proves himself a hero in a novel that may affront purists but is likely to please more forgiving fans of one of Shakespeare's darkest plays. - Publisher’s Weekly.