Adventures in a Foreign Country
A Novel

“This memoir of the journey of a generation tells our island story with the passion and belief of a true bard."  - Richard Wilson, Kingston University, author of Will Power and Free Will.

This highly original novel by the internationally acclaimed author Graham Holderness is part historical novel, part contemporary chronicle, part autobiographical fiction. It explores the challenges of personal ancestry and heritage, and the contemporary loyalties of us all in a rapidly changing country.

Holderness tells the story of a typical modern intellectual, nearing the end of his career as an academic, a radical political activist and internationalist facing fundamental choices of how to live and where to belong.

The focal figure is rootless, unanchored, a citizen of the world, but with no homeland of his own. Yet on his sixtieth birthday his son, who has taken an interest in family history, gives him as a present a genealogical DNA test. From this modest intervention flow various unforeseen consequences which ultimately turn his world upside down.

Exploring an unknown history, he realises that his own ancestry is nothing like what he believed it might be. He has to learn more about remote periods of history endured and shaped by his ancestors. He is forced to revalue his parents, his children, himself and his place in the world. Eventually he is compelled to revalue his country.

In parallel to the modern story is a separate narrative, tracing the fortunes of his putative ancestors, a father and son forced to flee from Denmark after the Saxon invasion of 934, and then compelled to quit Iceland by a volcanic eruption. Eventually they settle in England, and after fighting for King Aethelstan at the battle of Brunanburh, find their status changing from refugees to settlers with their own stake in the country,

The two narratives converge in Brexit Britain. In the light of his new knowledge and understanding, and a new relationship with his children, our ‘hero’ encounters the challenges of asking where do his loyalties lie? To whom does he belong – to the world, or to the past, family, country? Is he a cosmopolitan internationalist, an arriviste who has never truly belonged, whose homeland is always somewhere else? Or a native of England, and a citizen of a new, revalued Britain? 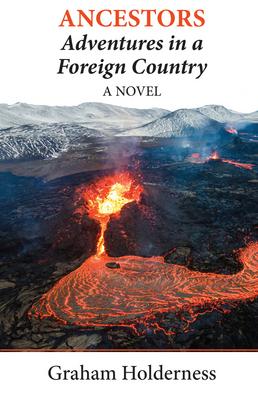