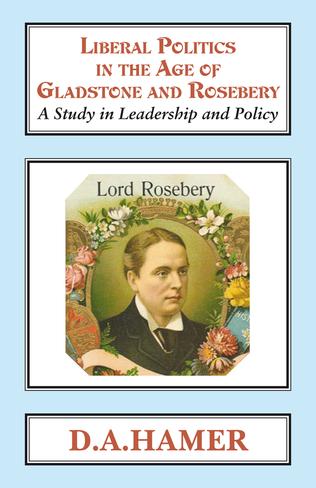 Liberal Politics in the Age of Gladstone and Rosebery

This is a noted systematic survey of the Liberal Party for the key period 1867 to 1905, when the party was in its prime. It is particularly strong on the career of W.E. Gladstone after 1868. It explores key policy themes, and it is an important work placed alongside J.R. Vincent’s classic The Formation of The Liberal Party 1857-1868.

The book examines the question of what leading Liberal politicians understood the purpose of the Liberal Party to be, and what were their reasons and assumptions which led to their supporting or promoting particular policies.

Professor Hamer examines at length the philosophies and strategies of Joseph Chamberlain, Gladstone, Sir William Harcourt, Lord Rosebery and Sir Henry Campbell-Bannerman. He also highlights the major organizing and controlling themes, both in relation to their own ideas and in relation to their Conservative opponents.

"Hamer has a fine ear ... and his book is a model for this kind of academic study..."

"... his perusal of twenty-three MS collections had brought to light a good deal of private debate among liberals as to what their party should be like."
​-  Professor John Vincent, ​Irish Historical Studies.