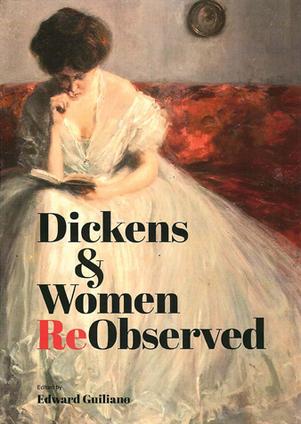 Dickens & Women ReObserved is a rich collection of new essays by scholars and critics from various parts of the world who represent a new appreciation and understanding of Charles Dickens and things woman.

A new generation of scholars and critics, first led by feminist critics of the 1970s, began to re-observe the man and his works with fresh eyes. A second generation of critics—those now schooled in gender studies, cultural studies, psychological theory, play theory, eco-criticism, thing theory, and a range of isms and schisms that flourish in the academy today—have originated a new and more reflective discourse on Dickens and women, and women generally in the nineteenth century.

Collectively, the essays in this volume overturn a prevalent and largely unchallenged belief held for more than 150 years: that Dickens’ female characters were one-dimensional Victorian stereotypes only and that, as exemplified by his literary depictions and conflicted personal life, he did not understand or value women as important, capable, or gifted in their own right.

While neither ignoring nor discounting Dickens’ troubled relationships with women and reliance on certain Victorian stereotypes, the essays in Dickens & Women ReObserved demonstrate that in a myriad of ways Dickens’ appreciation of women in his fiction and his life was far more subtle, sophisticated, and complex than previously understood. Consciously or unconsciously he crafted characters more individualized, independent, rounded, and assertive than typical stock cultural characterizations of women. Additionally, in his exuberant social and professional life, he was drawn to and worked amiably with such “new” women. Dickens life and work today appear evidently modern and nuanced in his regard for women and their abilities.

Dickens & Women ReObserved is an important work for comprehending one of the world’s greatest novelists and, by extension, facilitating greater study of contemporary views of Victorian women. In prose accessible to the general reader as well as scholars in literary studies, the diverse essays in this volume investigate a broad range of subjects in Dickens’ celebrated artistry, including Modernism, Queen Victoria, Ellen Ternan, adaptations, composition methods, gender, sensuality, agency, major female characters, and French as well as African relevancies.

He is a long-time editor of the Dickens Studies Annual: Essays on Victorian Fiction and is a founding member of the Lewis Carroll Society of North America, as well as a past president.