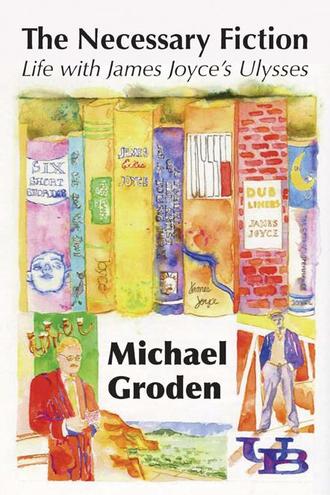 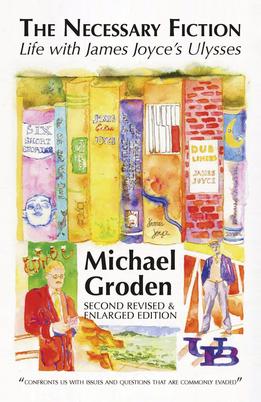 This unusual book is a fascinating work of personal criticism or “biblio-memoir” which will appeal to all interested in James Joyce’s work, and, more widely, to those interested in responses to great art. It focusses on the life-long appeal of a particular work of art on a single individual who has been a leading Joyce scholar for 40 years.

Professor Groden has taught Ulysses to undergraduates, to graduate students, and to adults outside of universities in a long and distinguished career. He is the author of two often-cited scholarly books on Joyce’s novel, and he has overseen the 63-volume facsimile reproduction of his manuscripts.

Groden says: “I’ve often been asked why I’ve devoted so much of my life to Joyce’s novel. The Necessary Fiction tries to answer that question. I wrote the book partly with seasoned readers and scholars of Ulysses in mind, but I aimed it especially at readers who desire to read, have attempted to read, or have even succeeded in reading Joyce’s novel and who will welcome an accessible, very personal introduction to it as well as a case for reading or rereading it.”

“A neologism that has been applied to my work – ‘autobloomography’ – captures what I am trying to do in The Necessary Fiction.

“The first half of the book considers various possible reasons for Ulysses’ powerful impact on me when I read it as a 19-year-old undergraduate at Dartmouth College and later worked on Joyce’s manuscripts for his novel as a graduate student at Princeton University. This section deals with each reason in relation to a significant person in my early life.

“The second half discusses Ulysses’ continuing fascination for me in my professional adult life as a university professor and Joyce scholar. Throughout the book, I’ve interspersed accounts of my life with Ulysses with analyses of the novel itself.”

The Necessary Fiction is some 79,000 words long with an additional 9,600-word appendix that provides a chapter-by-chapter summary of Ulysses.

1: Prologue: When First I Saw. Part One – “Ulysses” and Life.  2: A Kind of Retrospective Arrangement. 3: Poor Papa. 4: The Only True Thing in Life. 5: A Book with Two Mollys. Part Two – Significant Scribblings. 6: Portals of Discovery. 7: A Sort of Encyclopedia. Part Three – Life with “Ulysses”. 8: Daedalus and Icarus. 9: Undiscovered Countries. 10: The Personal Note. 11: No Roses Without Thorns. 12: The Longest Way Round is the Shortest Way Home. 13: One Day in the National Library. Appendix: A Summary of Ulysses. Notes.

His work has been internationally recognised by major awards. On June 16, 2004, the 100th anniversary of Bloomsday, he was awarded an honorary D.Litt. degree by University College Dublin: Joyce’s university; in 2006 he was named a Distinguished University Professor at Western University ;He has held a Guggenheim Fellowship, and was elected as a Fellow of the Royal Society of Canada in 2007. In May 2011 he was awarded the Hellmuth Prize for Achievement in Research, the most prestigious award for research at Western University in Canada, where he taught from 1975 until he retired in 2014.

He lived in Toronto with his wife - poet, memoirist, and biographer Molly Peacock, author most recently of the biography The Paper Garden: Mrs. Delany Begins Her Life’s Work at 72; Alphabetique: 26 Characteristic Fictions; and The Analyst: Poems until he passed away in March 2021.

"Rereading it after Mike’s passing in March 2021, it has moved me again. The Necessary Fiction really is the book of himself in that it manifests his keen analytic mind, kindness, decency and honesty. To those who knew and loved him, Mike will be missed. This book will remind us of him. And for those who never got a chance to meet him, this book will give a beautiful account of the man and of what Ulysses can mean. - Sam Slote, James Joyce Broadsheet.

“Michael Groden has been at the centre of Joyce studies since the 1970s. Ulysses in Progress (1977) signaled the beginning of a new orientation towards textual and genetic concerns, and this continued with his co-editorship of the remarkable 63-volume Garland Press edition of Joyce manuscripts. While all this was going on, a more personal approach to Joyce was maturing, and this has issued in a highly engaging memoir of those years. The Necessary Fiction: Life with James Joyce’s Ulysses is a thoroughly absorbing and highly recommended story of an academic’s life. It is also a brilliant reminder of how the book we read is often the book that reads us.” – Professor David Pierce.

"Where, in the wide and variegated ranges of our in-group’s analyzing, interpreting, writing about James Joyce have we ever encountered a contribution from a seasoned Joycean in comprehensive professional command, where yet the professional narrative gained its deepest authority from being compellingly generated out of privacy and unabashed autobiographical intimacy – as it is in Michael Groden’s The Necessary Fiction?"

"Insistently, the book confronts us – every one individually – with issues and questions of necessary reality, that yet are commonly evaded, if not unacknowledged, or unrecognized altogether: who are we – who do we become –when we engage with the challenges that James Joyce's writing poses?" - Professor Hans Walter Gabler, James Joyce Literary Supplement.