Nonsense and Mass Culture in the Nineteenth Century

The work explores the role played by popular performances, periodical publications, and successful commercial enterprises in shaping the themes, tone, and appearance of the genre-defining works of Edward Lear and Lewis Carroll.
It will be of particular interest to literary scholars, social historians, and students of nineteenth-century Britain, but remains accessible to a general audience.
The five chapters discuss the origins and development of Victorian Nonsense though three stages: private interaction, public display, and commercial effort. They use in-depth case-studies to highlight Lear's and Carroll’s sensitivity to the tastes and interests of their respective audiences and to reframe the production and consumption of Nonsense as an extension of popular Victorian preoccupations and pursuits.
Topics include:
·         Nonsense as a multi-player game
·         Generational and trans-generational Nonsense
·         Nonsense and the incongruity of pantomime
·         Nonsense and Natural Selection
·         Nonsense, exploration and travel
·         Collecting Nonsense
·         Nonsense and taxonomy
·         Eccentricity as social capital
·         Monetising popularity

​ Alina Ghimpu-Hague is a Victorian Studies scholar based at Royal Holloway, University of London. She mainly works on reading and readers in the nineteenth century, Victorian genre fiction, intertextuality, multimodality, and participatory culture. 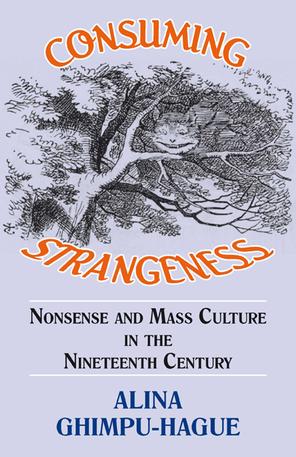