Nathaniel Hawthorne in the College Classroom:
Contexts, Materials, and Approaches

This new work is currently the only book devoted to the teaching of one of the most canonical and frequently taught American authors.

In addition to a Preface by the noted Hawthorne scholar Larry J. Reynolds [University Distinguished Professor and Thomas Franklin Mayo Professor of Liberal Arts Department of English Texas A&M University] the contributors include well-known and rising teacher-scholars who offer theoretical and pedagogical approaches to Hawthorne’s four published novels and a wide range of his short stories.

Special emphasis is given to the issues of gender, science, and visual culture (including film adaptations). Offering both theoretical and practical classroom resources, this anthology confirms the continued vitality of Hawthorne’s work – his critiques of religious and moral authority are more relevant than ever in today’s global political environment – even as it showcases how today’s “Hawthorne” is more of a diverse amalgam of texts and perspectives than ever before. Given its diversity of approaches and authors (including essayists from Germany, Israel, and Sweden), Nathaniel Hawthorne in the College Classroom charts new paths for reading and teaching Hawthorne in the 21st century.

NEW Introduction to this edition by Sam Coale and Christopher Diller;

Part 1: The Romances Sophia and Nathaniel Hawthorne: Personal Performance and Cultural Construction of Gender in The Scarlet Letter, Patricia D. Valenti; The Missing Man of The Scarlet Letter Richard Kopley ; Giving Shape to Gloom; or, Keeping it Real in The House of the Seven Gables, Robert T. Tally, Jr; Approaching The Blithedale Romance through the History of the Book Sarah Wadsworth; Teaching Hawthorne’s Romances and/in the History of American, Sexuality Zachary Lamm; Hawthorne’s Reconceptualization of the European Gothic Tradition, Monika Elbert.

​​"The essays in this volume comprise a welcome aid to those teachers seeking innovative ways to engage, instruct, and inspire students." 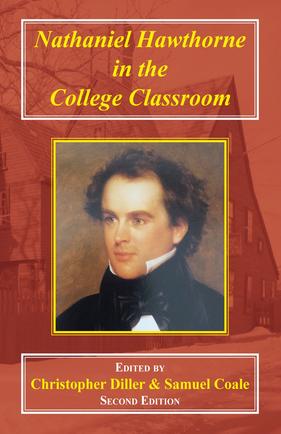