The idea of the Devil has proved to be one of the most powerful and fascinating that the human mind has come up with. People everywhere find the idea plausible and powerful. Its changes and the uses to which it has been put tell us much about wider changes in thinking, culture and society. And we can be sure he will be with us for a long time to come.

This new book is a highly original philosophical and historical analysis of this key figure in all cultures.

The Devil is an idea or concept - and as such has a history. The essential and distinctive idea is not that he is the source of evil but that he is malevolent. He knowingly wills the bad. Other key notions are that he is a spiritual being, of immense power, and that he is a person or entity. He has a number of key associations: some are seemingly obvious but actually culturally specific (e.g. darkness, death, extreme heat and cold) others less obvious (e. g. salt water, the donkey, the snake, women).

The idea appears initially in post Exilic Judaism, probably borrowed from Zoroastrianism. At this point the Devil is a servant of God ‘’the Accuser”. The demonic at that time was a distinct category.  It was then developed during the Apocalyptic or Messianic phase of Judaism. And then taken up by Christians and elaborated. In particular, the Devil was given a biography that gives him a key role in the Christian narrative. He was made a rebel Angel, which united him with the idea of the demonic. He appears later in Islam but is there drawn from both Judaism and Christianity.

In the Medieval period he became a central figure in both theology and popular culture. He is physical (often intensely so) and very much part of the physical world.  In the Renaissance the idea of the Devil underwent a profound transformation, as did related ideas such as those of Hell and magic. He became less physical and more spiritual and psychological - but at the same time more active and powerful. He also became less grotesque and more physically attractive and seductive. In the modern world Satan becomes less of an external entity and more the personalisation of the dark side of human nature, of spite and malice. As such he is an even more powerful figure for the imagination - even as belief in his physical existence declines. Simultaneously he is an attractive and even heroic figure because of his association with rebellion and self-assertion.

The modern world has seen some re-evaluation of Satan. This has latterly taken the form of actual Satanism. An early form is the ritual magick of Crowley but the most dramatic case is that of Anton LaVey and the Church of Satan and spin offs such as the Temple of Set. More  recent years have seen the appearance of theistic Satanism and a self-aware satanic counter culture.

Contents:
Introduction. What or Who is Satan? The Essential Idea. His Origins and Early Development. Satan in the Middle Ages. The Renaissance and the Transformation of Satan. Satan in the Modern World. Satan, Witch Hunts and Panics. Satan’s Residence – Hell. Satan’s Allies – Demons and Demonology. Satan’s Servants – Witches and Sorcerers and the Undead. Satanism Today. The Devil in Art and Literature. The Devil in Music. Conclusion. Bibliography.

An historian, he graduated from St Andrews University in Scotland in 1976 and gained his PhD from the same institution in 1984. He has authored several books, including Empiricism and History (Palgrave Macmillan, 2003) and was co-editor with Nigel Ashford of The Dictionary of Conservative and Libertarian Thought (Routledge, 1991). Most recently The Wealth Explosion: The Nature and Origins of Modernity (EER 2019).

The Street-wise Guide to The Devil and His Works 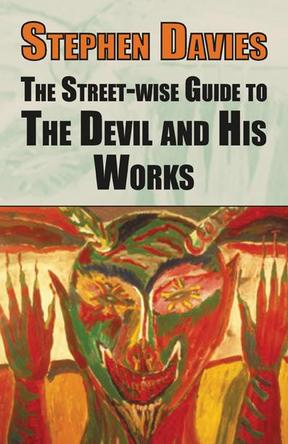