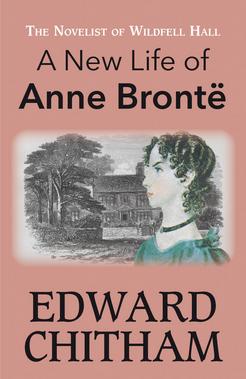 The Novelist of Wildfell Hall

A New Life of Anne Brontë 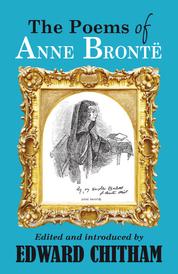 In this landmark new biography the leading critic Edward Chitham offers a contemporary account of the life and work of the English novelist and poet Anne Brontë (1820-49), the youngest member of the Brontë literary family.

She published her two world-famed novels, initially under the pen name Acton Bell: Agnes Grey (1847), and The Tenant of Wildfell Hall (1848), one of the first feminist novels. There she tackled fundamental problems, notably the role and place of women in Victorian society.

Anne was the daughter of Patrick Brontë, a poor Irish clergyman in the Church of England. She lived most of her life with her family at Haworth on the Yorkshire moors. In 1846 she published a book of poems with her sisters. She had five siblings. Edward Chitham shows that she was in several ways very different. Her writing style was her own, and her novels stand out as unique literary achievements. Anne was close to her Wesleyan aunt, who encouraged her religious feeing as well as her right to be a woman, equal in status to men, but not a pseudo-male. She wanted to be loved and married, with her own children.

Edward Chitham – who has also recently edited Anne’s complete poems - shows that her five years as a governess resulted in a remarkable friendship with her pupils. Anne was highly musical, keeping her own manuscript music book and writing resonant and questioning poetry. In April 1839 she started work as a governess for the Ingham family at Blake Hall, near Mirfield. Her time there was so traumatic that she reproduced it in detail in Agnes Grey.

The sisters paid for publication of a collection of poems, 21 from Anne and 21 from Emily and 19 from Charlotte, under pen names which retained their initials but concealed their sex. Anne's pseudonym was Acton Bell. Poems by Currer, Ellis, and Acton Bell was issued in May 1846.

Anne's second novel, The Tenant of Wildfell Hall, was published in the last week of June 1848. She stated her intentions in the second edition, published in August 1848. She "wished to tell the truth", and so “When we have to do with vice and vicious characters, I maintain it is better to depict them as they really are than as they would wish to appear. To represent a bad thing in its least offensive light is doubtless the most agreeable course for a writer of fiction to pursue; but is it the most honest, or the safest? Is it better to reveal the snares and pitfalls of life to the young and thoughtless traveller, or to cover them with branches and flowers? O Reader! if there were less of this delicate concealment of facts – this whispering 'Peace, peace', when there is no peace, there would be less of sin and misery to the young of both sexes who are left to wring their bitter knowledge from experience.” And: “I am at a loss to conceive how a man should permit himself to write anything that would be really disgraceful to a woman, or why a woman should be censured for writing anything that would be proper and becoming for a man.”

This new biography makes use of recent research including a return to the issues of her `twinship` with Emily (a critical `twin`, as Wildfell Hall shows). The work also examines the family events of the autumn of 1837, when her life `hung by a thread.` Where possible primary sources are emphasised, avoiding Charlotte`s stage-managing of Brontë family history.

About the author
​
Edward Chitham is a leading authority on the Brontës, and author of A Life of Anne Brontë; A Life of Emily Brontë; Brontë Facts and Problems, and The Birth of Wuthering Heights.