This independent, non-technical guide is crucial to understanding the major choices before us all in a fast-changing British economy.

It provides something rare—a streetwise guide to how economics and politics really work and how to navigate your way through them. And it explains how we can clean up our economic and political neighbourhood and create a thriving, open, dynamic UK.

The book highlights the big social and economic choices we face today: the current, failed political and economic managerialism; the growing threat of hard-left socialism; or the wealth-creating dynamism of a liberal market economy.
With the experience of four decades at the forefront of public policy, Eamonn Butler shows how genuine free-market capitalism boosts wealth, particularly for the poor. He demonstrates how it is bringing the world both prosperity and equality—in sharp contrast to our current stifling managerialism and the historical disasters of socialism.

He sets out an urgent agenda to create such a dynamic economy. An economy based on entrepreneurship and risk-taking, set free by lower taxes and smaller government. An economy that allows individuals and families to prosper from their own efforts. And an economy that generates enough wealth to provide for those who need help and care.

This Streetwise Guide exposes the cosy political cartels of left and right that run things today. The enfeebled, debt-funded, autocratic right and the delusional, Marxian, centralising left. The political class of politicians, commentators and academics who reinforce each others’ prejudices and claim to know what is best for us—despite having no understanding at all of the lives and concerns of ordinary people.

The book navigates the reader through a political and economic neighbourhood that has become increasingly threatening and dangerous. It explains how the cartels that run in threaten our livelihood: our prosperity, employment, welfare, pensions, defence and private lives. It reveals who pays, and who benefits. It explains the rise of Jeremy Corbyn and John McDonnell, of Donald Trump, of Brexit, and of nationalism in Europe and many other places. And it shows the folly of returning to a world of nationalisation, debt, high taxes and controls.

Who is to live and run your life, and how? The streetwise choices in politics and economics are clearly set out in this brilliant book.

​Dr. Eamonn Butler is Director of the Adam Smith Institute, one of the world’s leading policy think tanks. He holds degrees in economics and psychology, a PhD in philosophy, and an honorary DLitt. In the 1970s he worked for the US House of Representatives, and taught philosophy at Hillsdale College, Michigan, before returning to the UK to help found the Adam Smith Institute. A former winner of the Freedom Medal of Freedom’s Foundation at Valley Forge and the UK National Free Enterprise Award, he is currently Secretary of the Mont Pelerin Society.

Eamonn is author of many books, including introductions on the pioneering economists Adam Smith, Milton Friedman, F. A. Hayek and Ludwig von Mises. He has recently published An Introduction to Capitalism, and Ayn Rand, An Introduction. He has also published primers on Classical Liberalism, Public Choice, Magna Carta, the Austrian School of Economics and great liberal thinkers, as well as The Condensed Wealth of Nations and The Best Book on the Market. His Foundations of a Free Society won the 2014 Fisher Prize. His popular books include Forty Centuries of Wage and Price Controls, The Rotten State of Britain, The Alternative Manifesto, The Economics of Success, and of a series of books on IQ. He is a frequent contributor to print, broadcast and online media. 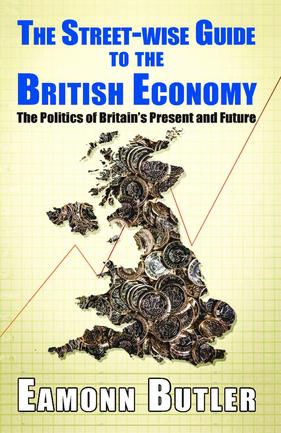 ​Published in Association with the
​Adam Smith Institute, London.