Studies in Literature and Culture, No.7 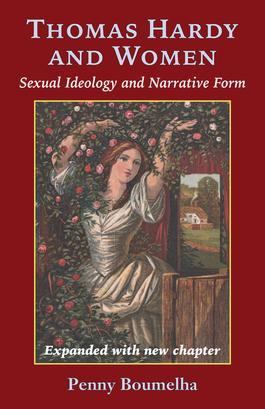 This internationally acclaimed book offers a provocative challenge to Hardy’s reputation as a writer primarily of rural realism. Penny Boumelha here examines his writing in the light of its central concern with women and marriage.

The author traces Hardy’s development from the early novels, in which the male and female natures are polarities, to the later fictions. This culminated in Jude the Obscure, in which there are marked similarities between the two protagonists and where the heroine’s tragedy resides not in any given idea of female nature, but in her specific experiences as a woman.

This new edition includes a previously unpublished chapter - '"Bright Faces of the New:" Bodies, Children and Futures in Hardy's Novels.' - which seeks to balance the widespread critical emphasis on Hardy's preoccupation with the way that the past - personal, historical and evolutionary -  impinges on the present with an exploration of his representation of possible futures.

Penny Boumelha, FAHA, holds an Adjunct Professorship at the University of Adelaide, where, until 2008, she was the Jury Professor of English Language and Literature. Professor Boumelha was the inaugural Deputy Vice-Chancellor for Education there until 2007. She is also an Emeritus Professor at Victoria University of Wellington, where she was Vice-Chancellor (Academic) from 2009 to 2014.

“Sophisticated and well informed…excellently written…accessible to the critic of hardy, to the feminist reader, and to students.” MARY JACOBUS, Cornell University.

“Penny Boumelha’s shrewd, subtle reading of Hardy makes her book one of the most valuable and original studies of the novels to have appeared for some time. Keenly historical, theoretically sophisticated and critically acute Boumelha’s book contains, alongside its probing assessment of the strengths and weaknesses of Hardy’s presentation of women, an absorbing account of ‘the New Woman’ fiction of the time, which is a genuinely new contribution to feminist literary studies.” TERRY EAGLETON, Wadham College, Oxford.

“Penny Boumelha's book alters our view of Hardy's women, that remarkable group that, as Boumelha notes, has intrigued Hardy's readers from the first.” – PETER J. CASAGRANDE, The international Fiction Review.