This major new work makes available a large amount of significant documentary material on the life and work of the 19th-century novelist. This is contextualised by modern analysis by a leading critic.

Geraldine Jewsbury's works focused on the chief concerns of her day including social change, the education of women, marriage, and faith.

Jewsbury (1812 - 80) was English novelist, book reviewer, publisher's reader, and prominent critic. She is best known for popular novels including Zoe: the History of Two Lives, The Sorrows of Gentility, The Half Sisters, and Right or Wrong. She was also noted for her critical literary reviews for the Athenaeum.

She took it on herself to encourage other women to reach their full potential, and her influence mattered.

​Abigail Burnham Bloom is Managing Editor of the journal Victorian Literature and Culture. She is the co-editor of Anne Thackeray Ritchie: Journals and Letters (1994) and author of many articles 'Transcending through Incongruity: The Background of Humor in Carlyle's Sartor Resartus' in The Victorian Comic Spirit. She has written and lectured on the Carlyles and the Brontës. 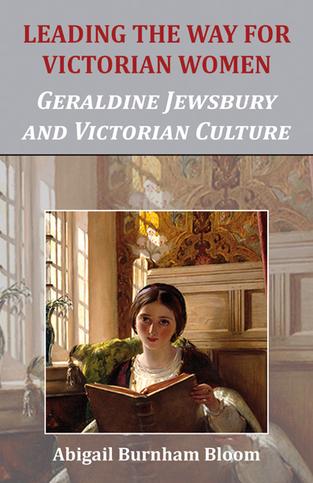 Leading the Way for Victorian Women