Writers and Their Contexts series, No. 5 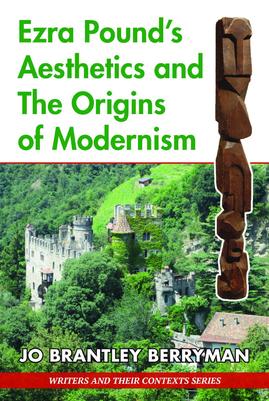 Ezra Pound - one of the most innovative and influential, if controversial, poets of the 20th century - continues to dominate the current literary landscape.

He was a key figure in helping to create what became ‘modernism’. Pound wrote poetry and criticism based on revolutionary aesthetic principles still relevant to our understanding of the arts today.

This new work asks what are these principles and how did Pound develop them?  Who and what influenced him?  What beliefs enabled him not only to write poetry that remains challenging, intriguing and original, but also to recognize other writers and visual artists of distinction?

The author places Pound in the cultural context, examining how his early and wide ranging interests from antiquity to the contemporary shaped his aesthetic views. From his study and analysis of literature and art across cultures and centuries, Pound developed guiding principles for his own work and an enduring way of conceptualizing imaginative and lived experience.

Emerging from the cultural background of his immediate predecessors, the English Romantics and American Transcendentalists, Pound relied on his own understanding of particular writers from ancient Greece, Rome, and medieval Italy as well as China, in order to discover techniques and themes he could adapt. He synthesized sources from East and West. The catchphrase “Make it New” associated with Pound’s modernism takes on a different light in the full context of his translation: “AS THE SUN MAKES IT NEW -- DAY BY DAY MAKE IT NEW.” His aesthetics thus present not a rejection of the past, but an ongoing vision for today. This is an original study which will be widely welcomed.

Jo Brantley Berryman taught modern and contemporary literature in the School of Critical Studies at the California Institute of the Arts for 30 years.  Her posts included Associate Dean and Director of the Poetry Today Series and Distinguished Visiting Professor at the U.S. Air Force Academy 1988-89.  She was the National Chief Reader for the Advanced Placement Literature Exams, Educational Testing Service, 1989-92.  She is the author of Circe’s Craft:  Ezra Pound’s ‘Hugh Selwyn Mauberley’ (UMI Research Press, 1974), and of numerous articles on Ezra Pound and modernist poetry including essays in Ezra Pound and Modernism, The Irish Factor and Ezra Pound’s Green World. Nature, Landscape and Language, both available from EER.

Ezra Pound’s Aesthetics and the Origins of Modernism

‘Writers and Their Contexts’ series, 5.