This book brings to the fore much new work on this key area of Pound’s endeavours and interests, and on the social, political, and philosophical implications of his works. They also deal with his interests in Chinese virtues, Egyptian hieroglyphs and autobiographical myths, where he combined his appreciation of both the Green World and the arts.

William Pratt, The Grasshopper and the Ant: Pound’s Versions of Pastoral;

John Gery, What are Temples for: Spontaneity, Simultaneity and Fortuna in Canto 97;

Massimo Bacigalupo, The Green World in the Autobiographical Myth of The Cantos;

Charles Altieri, Taking Fascist Ontology Seriously: Why “the Green World” Could Not Suffice for the Early Cantos;

Jonathan Pollock, The Poetics of Cut and Flow in The Cantos of Ezra
Pound;

Sean Mark, “Two larks in contrappunto / at sunset”: Pound and Pasolini After the Fall;

Walter Baumann, a native of Switzerland, is a retired Senior Lecturer of the University of Ulster, where he taught German literature and language. He obtained his Dr. phil. degree from the University of Zurich. His dissertation was published by Francke Verlag in Bern in 1967 and the University of Miami Press 1970 entitled The Rose in the Steel Dust: An Examination of the Cantos of Ezra Pound. He has been a student of Ezra Pound for 60 years. From 1976 to the present he has attended and helped to organize all but two Pound conferences. His collected Pound essays were published by the National Poetry Foundation in Orono, Maine, in 2000 under the title Roses from the Steel Dust. With William Pratt he edited Ezra Pound and London: New Perspectives (AMS Press, New York, 2015) and Ezra Pound and Modernism: The Irish Factor (forthcoming from EER).
​ 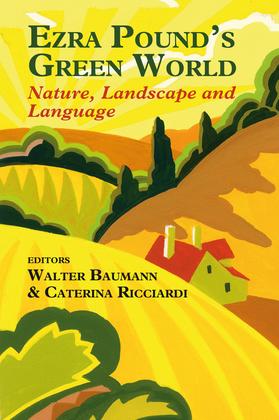