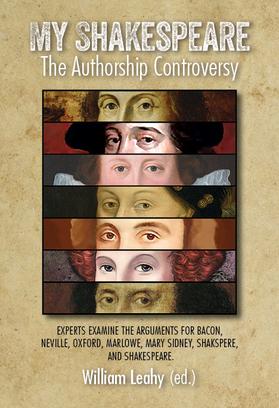 ​Who really wrote the Shakespeare plays? This important literary and cultural controversy is livelier and more widely discussed than ever before. Here, nine leading experts offer their version of who wrote the plays.

Why does this issue matter? Because a full understanding of the author can make a huge difference to our wider appreciation of the life and times, the literature, and the culture of the period.

William Shakespeare is universally regarded as the greatest writer who ever lived. Every year sees vast amounts of critical, philosophical and contextual interpretations of his works. There is endless biographical analyses of his life in relation to this work. And yet, despite this vast output, Shakespeare remains an enigmatic figure.

He remains a man who seems to have understood humanity so well but whose life as a writer is absent in records of the time. This truth has led to many questions about the real author behind the title-pages, the real nature of Shakespeare the man, and how this nature relates to Shakespeare the writer.

In new essays especially written for this book nine leading ‘Shakespearean’ authors present their version of the man.

These versions of Shakespeare are realistic and compelling.  Each in its turn will provoke the reader to see various aspects of Shakespeare in a different light. And they will help us understand the enigmatic fascination that Shakespeare (and the authorship question) continues to generate.​

The editor, Professor William Leahy, is Deputy Vice-Chancellor at Brunel University London. He is the author of Shakespeare and His Authors: Critical Perspectives on the Authorship Question (Continuum, 2010).

​My Shakespeare: The Authorship Controversy