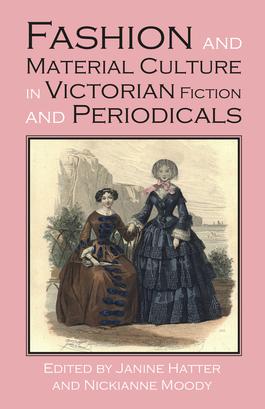 New Paths in Victorian Literature and Culture series, No.1​

This new series will comprise specially commissioned edited collections based on innovative or under-researched perspectives on Victorian literature and culture.

The aim of the series is to create conversations across popular and canonical literature, art and culture, and to examine these connections to wider contexts and theories.

It will include work that brings to light aspects of the Victorian era which have been previously overlooked or under-examined, as are fresh disciplinary and interdisciplinary approaches to well-established critical fields (such as class and gender). These will be national, transnational or international in scope.

Especially welcomed are collections which work to further the growing field of popular fiction and culture studies by exploring lived experiences and encounters with text, entertainment and culture. This can be achieved either by engaging directly with Victorian popular literature, or by illuminating areas of Victorian popular culture that contribute to the contextualisation and further understanding of the role of the “popular”.

The first volume in the 'New Paths in Victorian Popular Fiction and Culture' Series Fashion and Material Culture aims to examine dress, style and performance as a significant pleasure of fiction. As an aesthetic medium, fashion expresses a person’s life course, their ideas, desires and beliefs, and fiction itself is a site where these issues can be resolved. Not only were characters made recognisable through their dress, but readers of serial fiction encountered them in between adverts, cartoons, print and patterns. Thus, how dress is depicted in fiction responds to its material paratext. Furthermore, Victorian dress and literature equally licensed or discouraged particular forms of clothing, fantasies and moralities about men and women, as well as distinctions between generations. As a result, this volume’s multidisciplinary approach acknowledges and engages with theoretical perspectives on dress history, periodical publications, archives and dress collections to illuminates these facets of Victorian life.

Split into four distinct sections, this volume engages with fashion and material culture not only from an interdisciplinary methodology, but also through fashion’s multiple performances as depicted in text, image and design.

Part 3, ‘Conduct and Clothing’, novelistic depictions of fashion with regards to scientific, racial and gender identities are cross-related to reader consumption and behaviour.

Part 4’s ‘Consumption and Fashionable Performance’ considers periodicals, genres and drama as performative in their own right. Overall, this edited collection examines the ways in which Victorian writers, illustrators, periodicals, designers and clothing manufacturers have critiqued the social ideologies inherent in dress, fashion and imaginative engagement with clothes.

Dr Helena Ifill is a Lecturer in English Studies at the University of Aberdeen where she is the Director of the Centre for the Novel. Her research focuses on the interactions between Victorian popular fiction, (pseudo)science and medicine. She is the Secretary of the Victorian Popular Fiction Association and a co-organiser of the Association's annual conference. As well as her monograph, Creating Character: Theories of Nature and Nurture in Victorian Sensation Fiction (2018), she has published work on Charlotte Riddell, Florence Marryat, Wilkie Collins, Bram Stoker, and Victorian mesmerism. She has also co-edited special issues for Nineteenth-Century Gender Studies and the Wilkie Collins Journal.