George Crabbe: The Hidden Self of Nature’s Sternest Painter 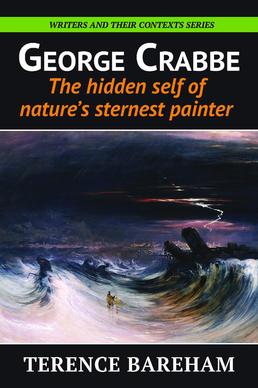 In this new study Professor Bareham re-examines the poetry of Crabbe in all its contexts – emotional, critical, sociological, and technical.

He offers a much-needed fresh appraisal of Crabbe’s work. He re-examines Crabbe’s early verse and goes beyond the established Crabbe canon to include for scrutiny the poetry published since the poet’s death. He argues that these neglected aspects of Crabbe’s work provoke an overdue re-evaluation of his place in the literary pantheon.

Crabbe has often been mis-judged. Many conventional critical assessments have represented him as unimaginative, old-fashioned, pessimistic, pre-occupied with unpalatable and mundane material, and satisfied with a plodding verse metre. Such a view suppresses Crabbe’s true originality. Professor Bareham shows that whilst we inevitably experience Crabbe through historical judgements, and through the preoccupations of our contemporary judgments and prejudices, we can see a rather different Crabbe by an imaginative effort to recapture the sense of the poet’s own times as he must have experienced them, not as retrospective academic criticisms have conveniently described them.

Thus while his literary ‘place’ is customarily assigned between ‘augustan’ and ‘romantic’ modes, this book suggests that Crabbe, working creatively between 1770 and 1830, would certainly not have sensed any such defining imaginative schism.

This revisionist study emphasises that Crabbe had the ability to embrace the conventions of a lyrical tradition that found popular outlet in the Pleasure Gardens; he brings to a new excellence the long-standing convention of the didactic verse essay; and at the other end of the emotional scale he captures and utilises the spirit of exotic ‘gothicism’ and psychic disturbance.

His publications include George Crabbe, a Critical Study, Malcolm Lowry in the Macmillan ‘Modern Novelists’ series. He co-authored George Crabbe: A Bibliography. He edited The Art of Anthony Trollope for Vision Press, and the ‘Casebooks’ on Trollope, and on Tom Stoppard’s early plays. Elsewhere he has published widely on Shakespeare, Ouida, Charles Lever, Robert Bolt and TS Eliot.